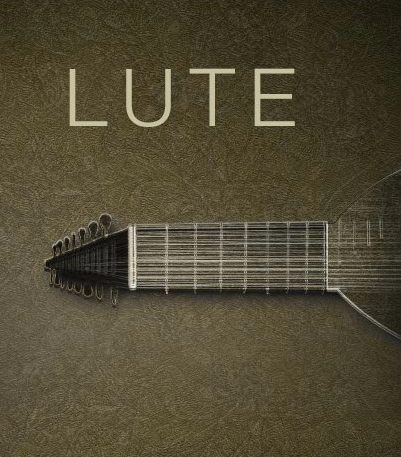 WARM MEDIEVAL NYLON STRINGS
This is a renaissance lute with 8 strings tuned in unison. The lute is equipped with nylon strings - it's amazing how many different ways the lute is used in music. In the Middle Ages, it was the most important instrument for secular music. But it is also used in the score, for example in the Jim Jarmusch film Only Lovers Left Alive.
What is a lute ?
Generally speaking, "lute" is a term that refers to almost any stringed instrument whose strings run across a sound box. However, when referring to a real lute, the European lute (or the modern Middle Eastern oud) is meant. Some of its characteristics include a body with a single decorated sound hole called a rose, a thin wood strip body, and a headstock that is angled back from the fretboard by almost 90°.
The first lutes were brought to Spain by the Moors and were plucked with a plectrum; later they were only played with fingers. The strings of the lute are arranged in rows of two strings each, except for the highest tuning, which consists of only one string, called the fox. Our lute is a renaissance lute with 8 steps: (highest to lowest) a' e' bgd AGE - The courses are tuned in unison. Lutes today have nylon strings, like classical guitars, and historically they were made from animal intestines.
The lute was used in a wide variety of instrumental works from the Middle Ages to the late Baroque era. It was the most important instrument of the secular music of the Renaissance. But it is also used in the score, for example in the Jim Jarmusch film Only Lovers Left Alive.
Click Additional Information
The lute has been carefully sampled in minor thirds on all 13 strings in 3 dynamic layers and 4 circular variations. We spent a lot of time capturing the smooth transitions between these layers and variations to make the tool feel as natural and fluid as possible.
But this lute is not just sampled notes laid out on the keyboard! It's more than that. Just like real stringed instruments, you can now play the same note in different hand positions with different timbres. You can change the sound of the melody and achieve a more natural playing feel by changing this position.
As if that wasn't enough, we also focused on the behavior of the course strings. In addition to a separate volume knob, we have additionally defined the flam and detune parameters, which allow you to change the time and melody in relation to the original string. This can be adjusted with separate knobs and controlled randomly or with speed. Finally, we recorded the sounds of fingers scratching the strings, which will be automatically added by a realistic noise trigger scenario - of course, you can adjust the volume. Once again, with the lute, we have expanded our string family with a unique and warm instrument.
Cinematique Instruments - LUTE v2 (KONTAKT)
Re-download
Magnet Link File Size 233.9MB
If it doesn't download automatically, click Download again. And if the link is broken, please report it in the comments field.
Tags
Samples
Related Article